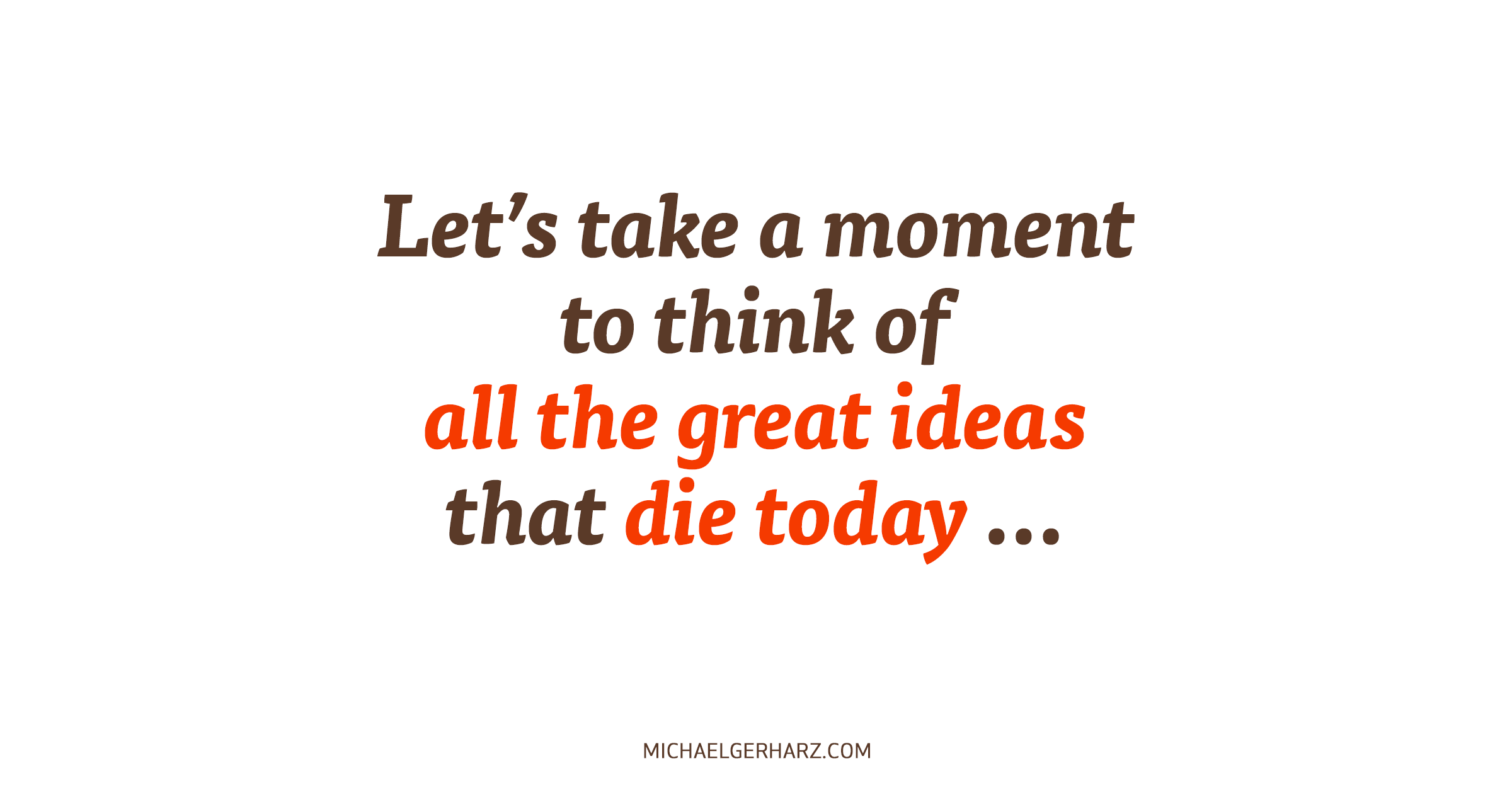 Each and every day, great ideas die.

Obviously, for these ideas it wasn’t enough to be great ideas. They failed to spread.

If an idea doesn’t resonate, no one’s going to want to pass it along. So, while you might think that it’s great, the harder problem is to make others see (not just tell) why it’s great.

If they do, they must also be willing and able to pass it along. They need to be able to easily say it in their own words.

If it’s hard to describe, they won’t even bother.

That’s why sometimes the inferior idea survives while the superior idea dies. One was communicated with clarity while the other was presented confusingly. Or in overwhelming length. Or using jargon.

I’d love your idea to spread. Can you make it easier for us to help you with it?

PS: Why not start right now by writing me a message about your idea? Just hit reply.

Simplicity is a great virtue but it requires hard work to achieve it and education to appreciate it. And to make matters worse: complexity sells

Leaders who light the path often don’t like to be in the spotlight. They care for their cause, not for the applause. It’s not that

Are you unavoidable or irresistible?

A lot of marketing advice these days focuses around becoming unavoidable. Being so present in the market that people can’t avoid you because your messages