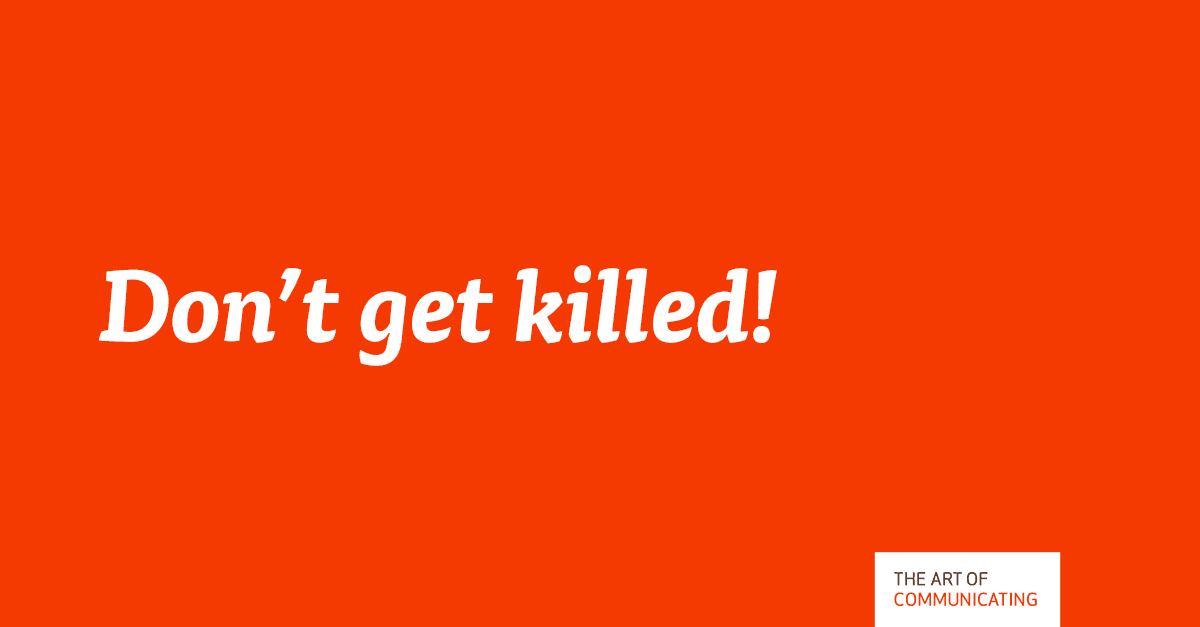 When my daughter had to learn the traffic rules for her biking exam, she felt quite overwhelmed by the sheer number of rules.

I asked her what she thought the rules were for. A quick discussion expanded which led her to realise that basically, there’s only one rule for biking: Don’t get killed.

When we dug deeper, we decided to append a bonus rule: Be kind.

From that moment on, learning the rules was easy. Suddenly, it made sense to have a look over the shoulder. It wasn’t just a rule. It protected her from getting killed.

Using her arm to signal a turn wasn’t just a rule. It was there to inform a car that she’s about to change direction so the car won’t kill her.

Staying right wasn’t just a rule. It exists so that vehicles on opposing lanes don’t collide and kill each other.

Learning is a lot easier when we understand the why.

Similarly, making our audiences see why we do the things we do is a lot easier than having them sit through hours of details.

Let me repeat this for you

When people don’t get what you mean, repeating what you said – using the exact same words – won’t make it easier to understand. (Here’s an alternative.)

In their great book „Moments of Impact“ on how to make better meetings, Chris Ertel und Lisa Kay Solomon define this term: Karaoke skills is

Wait, is this really it?