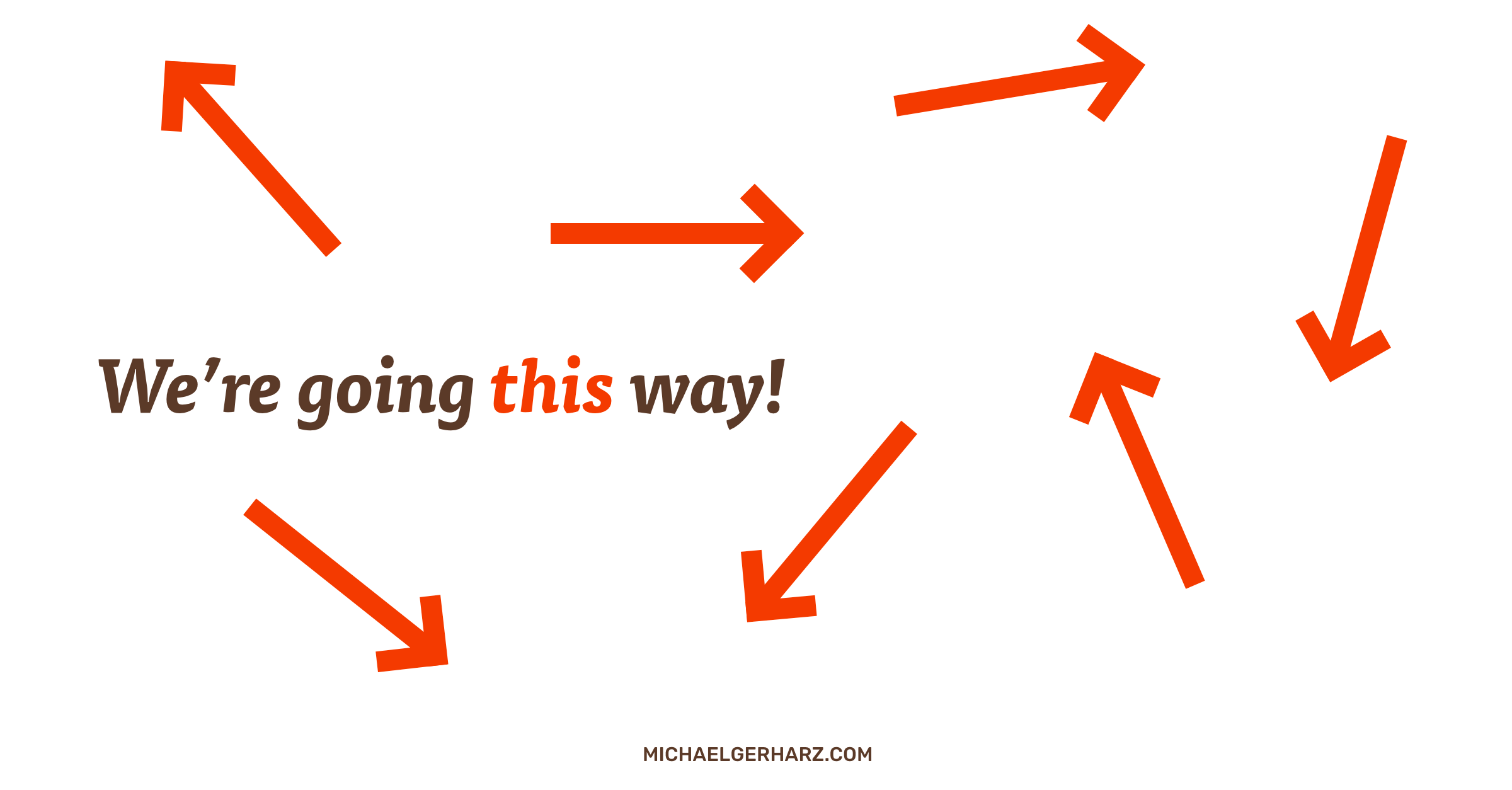 You often hear me saying how trust is created when you consistently say what you mean and mean what you say.

But, as with most simple statements, there’s an asterisk attached.

If what you mean changes frequently, people are going to be confused and they’ll have a hard time playing catch up with what you currently mean.

Musk’s Twitter is a great live example that allows us to witness how this unfolds. Although there’s no reason to doubt that Musk says what he means and means what he says, the almost daily change in direction damages trust because the audience can never quite be sure what’s meant today.

It’s good to change your mind when new data becomes available and when that data proves that your initial take was wrong.

But sometimes, it pays if you practice a little patience before launching big changes to a service that’s used worldwide so that you (and your audience) can have a little more trust in the longevity of what you “mean”.

When what you mean is the result of some rigorous work you’ve done, stating it clearly will allow others to trust in what you say.

Several months into the pandemic, remote formats still have a firm grip on businesses and events. From online meetings to online conferences, we will be

The comfort of facts

In many organizations, facts are the fuel that inform decisions, large and small. A thorough presentation of the facts involved in a decision making process