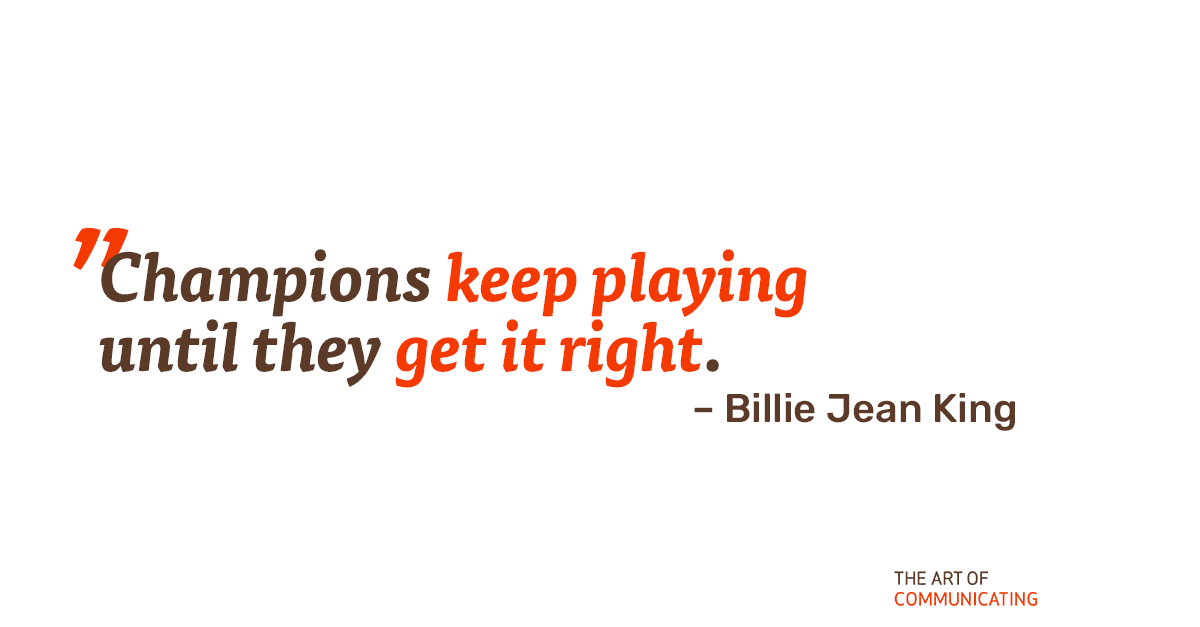 Both aspects here are crucial:

Champions keep playing. And they want to get it right.

They don’t quit. Not after the first failed attempt. And not after the 50th. They keep playing.

They want to get it right. As opposed to being right. They tweak and adapt their technique until they get the result they are looking for. They keep playing until they understand how that move works, why the competition managed to win the pitch, why the team misunderstood the decision. They try new things and push the boundaries until they find something that works.

Over and over again.

They won’t stop until they get it right.

If you do only one of those, it’s likely not going to work.

“I try to make one decision that removes 1000 decisions.” – Tim Ferris Rather than to struggle each time you’re standing in front of the

Most websites feel like proposing on the first date, something like this: “Look, I’m really awesome. I have a Ph.D. and I’m super successful. I’m

What was the boldest promise you ever made to a customer?

Why didn’t you make it bolder? Bold promises are a competitive advantage. Too often, though, we leave that advantage to the bullshitters. Bullshitters don’t care