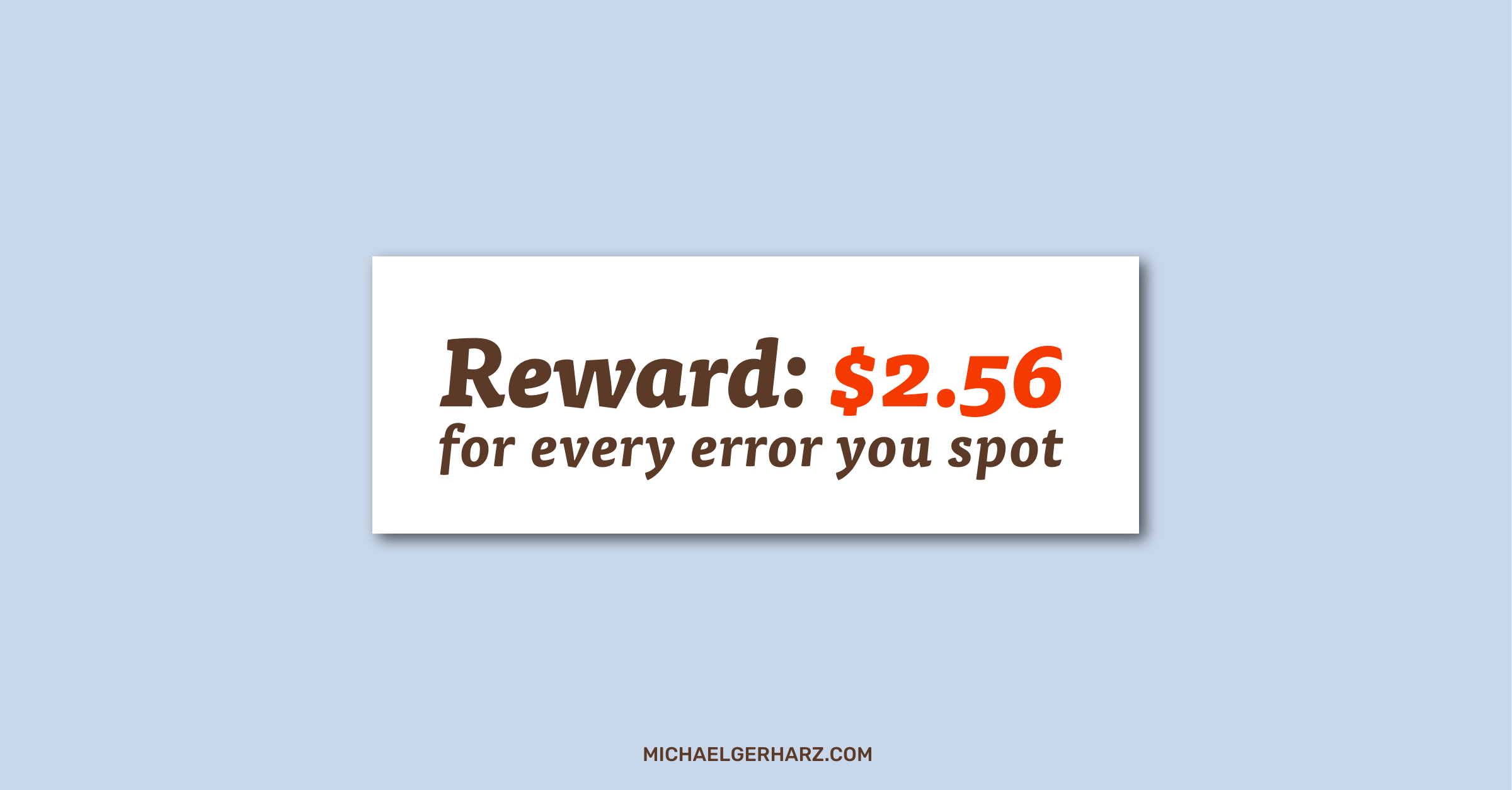 Donald Knuth pays $2.56 for every error that you spot in one of his books. Checks are rarely cashed, though, as the receivers prefer to keep the check as a badge of honor. You know, it’s pretty hard to spot an error in one of Knuth’s books. There aren’t many.

And that’s despite the fact that the books are enormous. “The Art of Computer Programming” alone (which, for computer scientists, is similar in status to the bible), has currently more than 4000 pages.

Knuth doesn’t stop there. For any coding error that people find in one of his programs “Metafont” or “TeX” (a widely used document system in academia), Knuth doubled the reward each year until it reached $327.68. Since 1995, no errors were found in TeX.

Perfectionism has a bad reputation today because it’s often misused as an excuse for not shipping your work.

But perfectionism is not the same thing as attention to detail. Knuth does ship and he cares for the details – more than almost anyone else.

My feeling is that we all can use a bit more attention to detail.

What’s attention to detail worth for you?

Honestly now, what did you spend your youth dreaming about?

There are at least a hundred good reasons why a Porsche would be a better car than either a Mitsubishi or a Nissan. The opposite

Lighting the path is an activity, not a role. You can light us the path from any position, no official title required, no permission needed.

“I’m sorry” is a powerful phrase, not only in personal relationships but also in business. Many businesses struggle with saying “sorry”. When a customer complains,