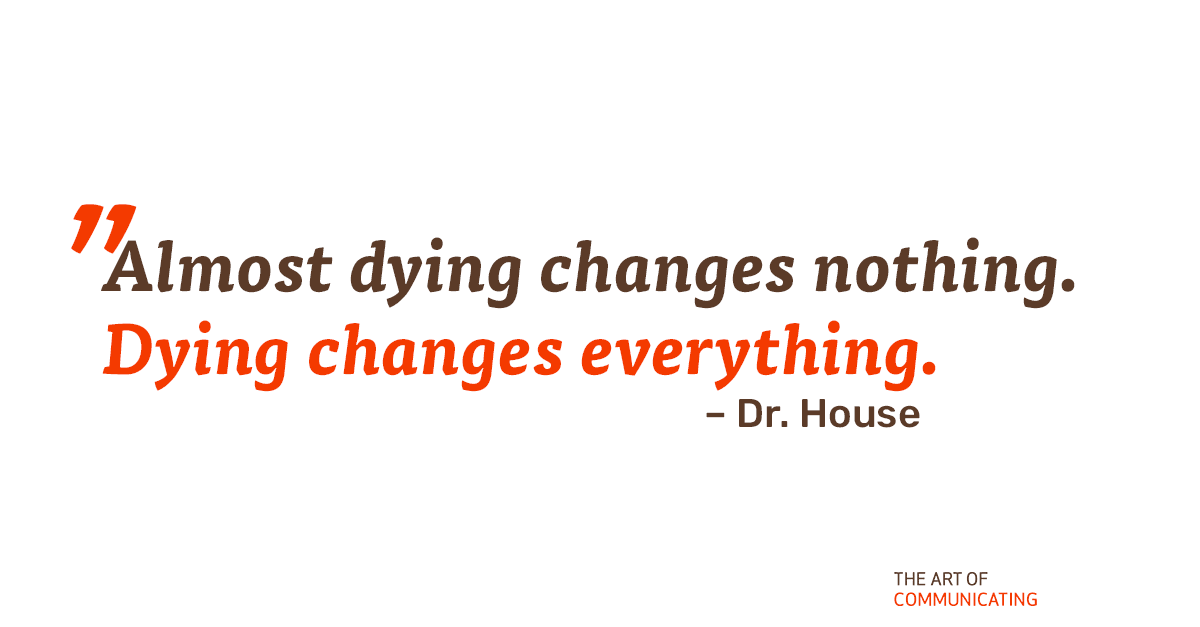 This is a quote by Dr. House from the TV series. He says it to one of his assistants, who has been diagnosed with a fatal genetic defect, the Huntington’s disease.

House makes her see what she can’t understand: why one of her patients is slipping back into her (dull) role as an assistant instead of striving for a leadership position herself, which previously she had decided to pursue in the face of her (subsequently prevented) death.

Marketers spend so much time looking for fancy statements that they sometimes forget to just plainly state their promise. What’s yours?

Keeping the best for last

… is a great way of finishing strong. But what would happen if you turned that upside down and started with the best? Would people stay

A diamond needs to be polished, not decorated

Purity is what makes diamonds beautiful. You polish it and shape it to take it’s purest form. What you specifically don’t do with diamonds is