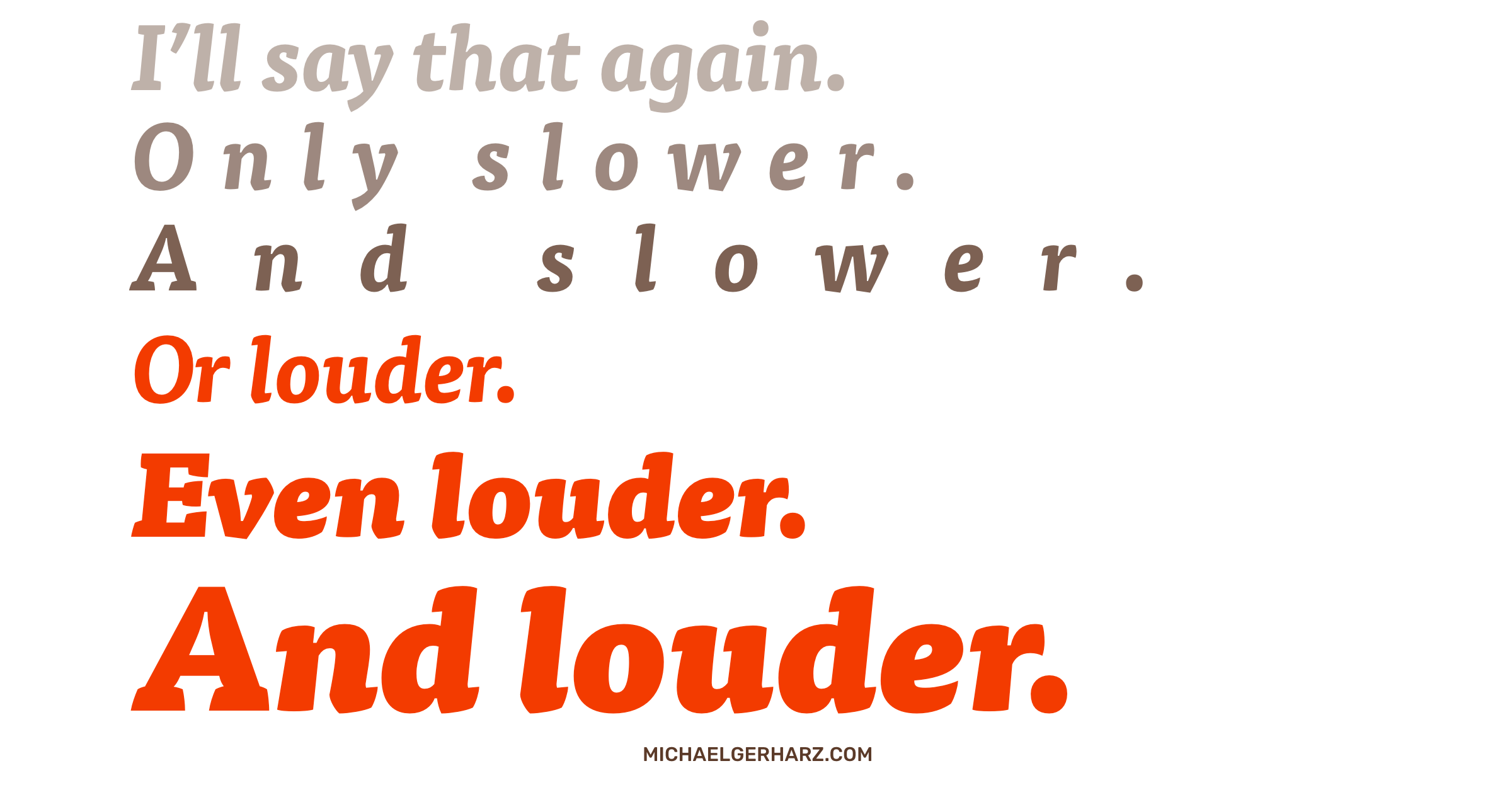 And yet, that’s what some people do when others don’t get what they mean. The worst part: They do it using the exact same words.

Which hardly ever works, of course.

Because understanding the words wasn’t the issue. Getting what the words mean was. Repeating them won’t change that.

A better way to react when people don’t get what we mean is with a question. Once you know what they did understand and how they understood it, you’re much better positioned to look for other – clearer – ways to explain your idea. Ways that have a much better chance of getting through than the one for which you already know that it doesn’t work.

People who appear clearer in their actions are often mainly more rigorous in making decisions. They make a single decision rather than a dozen small

Is your product a commodity or is it something special that people will go the extra mile for and pride themselves for having done so?

Both aspects here are crucial: Champions keep playing. And they want to get it right. They don’t quit. Not after the first failed attempt. And