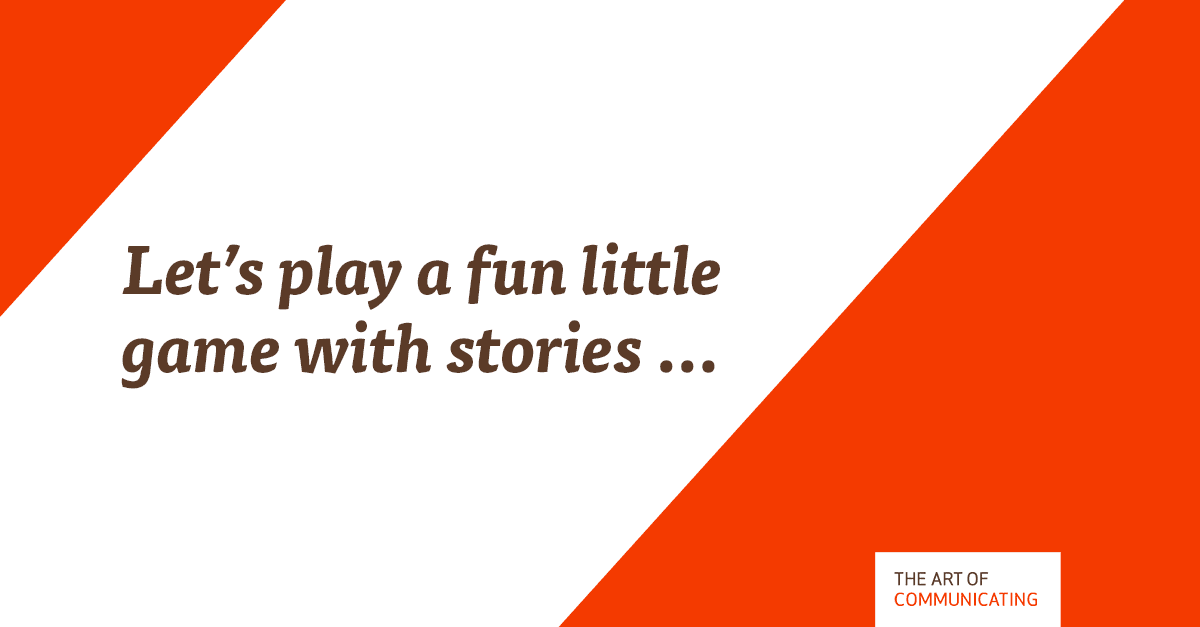 A fun game with stories

A fun game from impro theater is to tell a story in turns: Everyone’s allowed a single sentence. Then the other person continues, again only one sentence.

You’ll be amazed at how quickly a story can break down. Let’s look at an example.

You and your partner play this game. You might think of a story about a man proposing marriage to his girlfriend. But before you even begin, your partner has said the first sentence: “Alex is seeking revenge.”

Ok. Let’s adapt. You figure out the reason and continue: “Last summer, Casey had stolen his girlfriend.”

Your partner is unimpressed. She continues: “But that’s not the reason why he’s seeking revenge.”

Boom. Your story’s just broken down. Because your partner wouldn’t go along with it. She was stuck with her story.

Which is quite a common behaviour. Look around and you’ll see instances of people being stuck in the stories they’ve built everywhere (it’s true for ourselves at times). Worse, people are rather quick at constructing these stories. Many won’t even listen until the end of what you’re saying before starting to construct their own story.

And once they’ve built it, it’s hard to let it go.

As a communicator, there’s no use in complaining about that. Which leaves us basically two ways to deal with this.

Or, we could start from our audience’s perspective. Try to understand which stories they construct; where these stories are coming from. What do we know about their struggles? About their lives? About their believes?

And attach to that. So that the stories we tell are more like the stories they tell. So that it’s easier for them to look at our story through their lens.

Surely, you know one or two of these fascinating communicators who just nail it. The kind of people who always seem to find the right

That’s usually a different way of saying “My first idea wasn’t any good so I’m giving up.” Let’s say you’re looking for a slogan (or

Where to find compelling stories

When we look for compelling stories, we tend to look for the extra-ordinary. Yet, more often than not, the stories that fascinate us most are