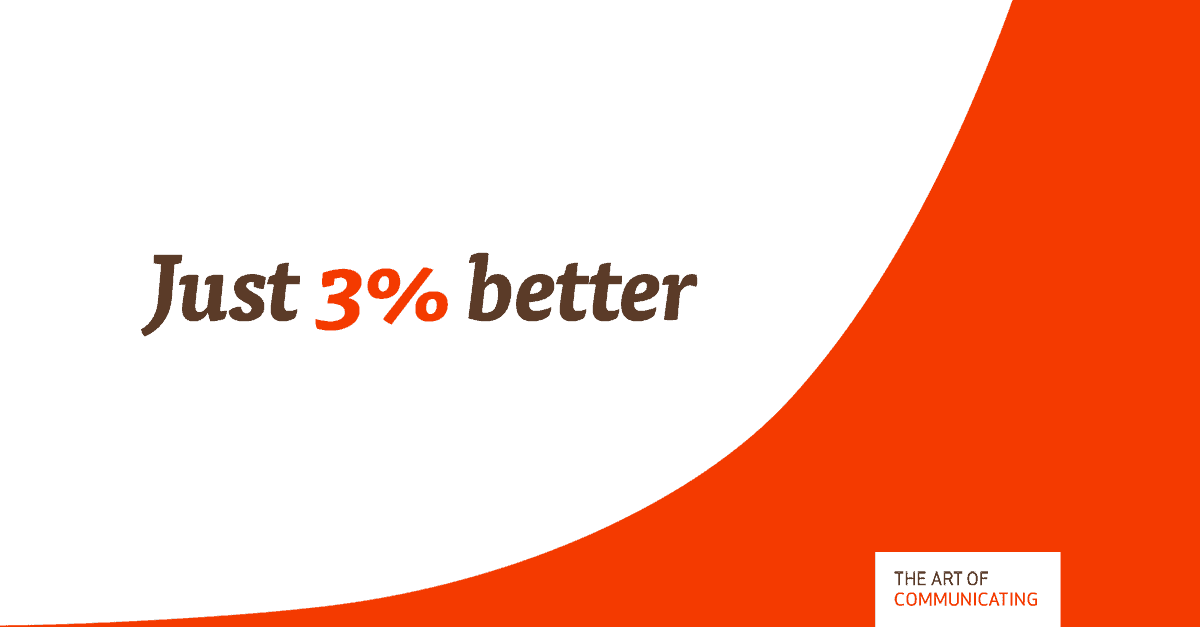 What if you improved your next speech just a little bit? Let’s say (just to put a number on it) by 3%?

It’s not much. Your audience probably won’t notice the difference. But let’s just assume you did. And then you did it again for the next speech. And then the next.

It’s not that big of an effort, either. Just 3% more effort. You probably won’t even notice the difference. But let’s just assume you committed to it. And then you did it again for the next speech. And then the next.

So, what if, each time, with a tiny bit more of an effort, you delighted your audience just that tiny bit more? What if you consistently did it each and every time?

Eventually, your audience will notice.

If you consistently overdeliver on what your audience expects, even just a tiny bit, it will pay in the long term. How many people do you know who would be willing to do the same? It catapults you in your own ballpark.

(Of course, the fascinating part is that – if you really do this consistently, if you really do make improving a habit, the impact on the result will add up, but the effort won’t because as you get used to overdelivering, your baseline will adapt. So, in the long run, you will be able to deliver much better results with similar amounts of effort.)

Find clarity on what success means for you and flip your inner script so you live up to it.

Speaking to a crowd?

Many presenters approach presenting as the task of speaking to a group of people. What would you do differently if, instead, you spoke to just

“I’ll send you the slides.” The fairy tale about the double use of presentation slides as handouts goes something like this: Without any extra effort

You don’t need permission to change the world. If you feel that you have a great idea that has the potential to change things for